From the Association of American Publishers: 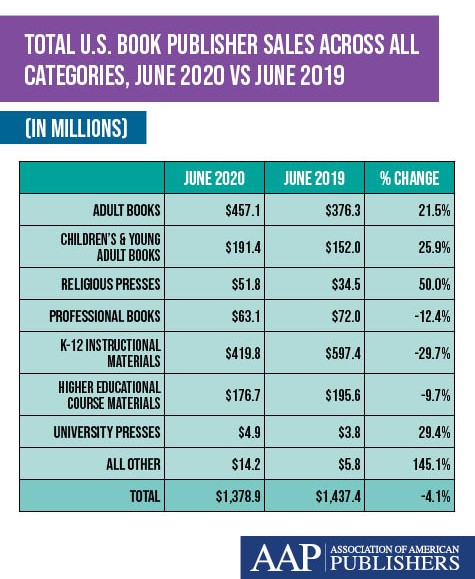 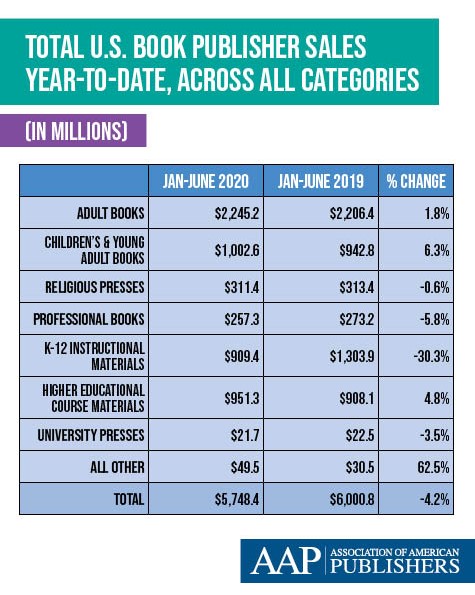 eBook and Downloaded Audio revenues continued to be strong in June, and on a year-to-date basis: 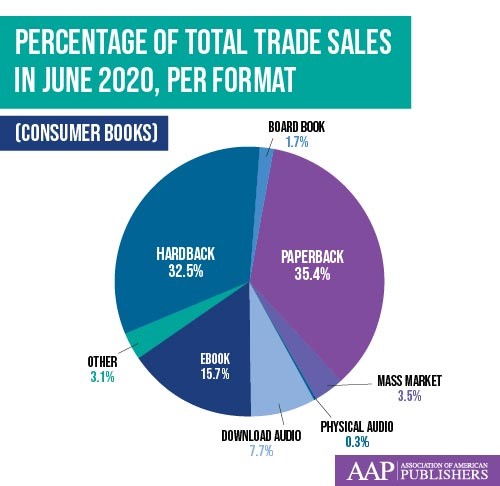 Religious press revenues were up 50.0% year-over-year in June, coming in at $51.8 million, but roughly flat on a year-to-date basis with a decline of 0.6%, with revenues of $311.4 million for the first six months of the year.

Professional Books, including business, medical, law, technical and scientific, declined 12.4% during the month, coming in at $63.1 million. The category was down 5.8% for the first half of the year, with $257.3 million in revenue.

StatShot reports are designed to give an up-to-date snapshot of the publishing industry using the best data currently available. The reports reflect participants’ most recent reported revenue for current and previous periods, enabling readers to compare revenue on a year-to-year basis within a given StatShot report.

It is not, however, possible to make apples-to-apples comparisons to StatShot reports issued in previous years because: a) The number of StatShot participants fluctuates over time, with the pool of participants growing or shrinking in each report and b) It is a common accounting practices for businesses, including publishers, to restate revenue numbers based on updated information. If, for example, a business learns that its revenues were greater in a given year than its reports indicated, it will restate the revenues in subsequent reports, providing information that is more up-to-date and accurate.