From the University of Kansas:

In 2015, when researchers at the University of Kansas Biodiversity Institute and Natural History Museum released the free Digital Atlas of Ancient Life app, they didn’t know what kind of reception the smartphone-based field guide might receive. 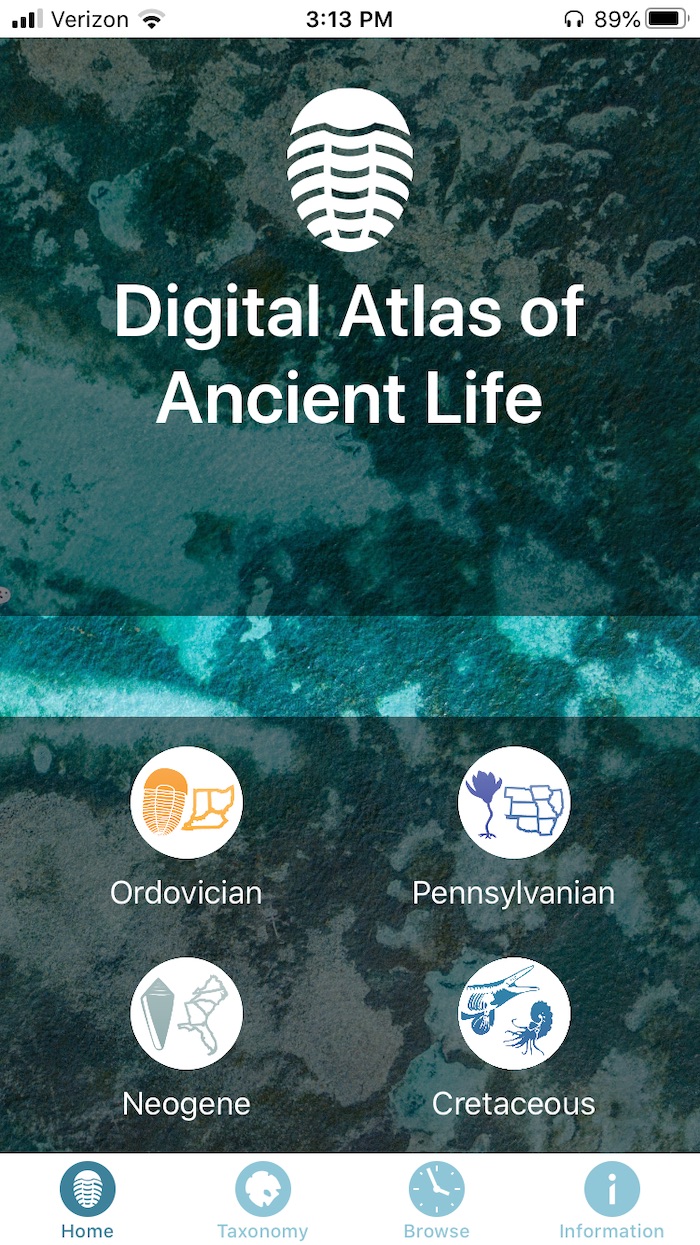 Fast forward a few years, and the app has 7,500 active users in the U.S., Canada and beyond, despite the fact that the original app was limited to use on iPhones and exclusively focused on fossils with origins in the Pennsylvanian, Ordovician and Neogene periods.

Based on this success, the creators of the Digital Atlas of Ancient Life have released an updated version that works on smartphones with an Android-based operating system (and also works on iPhones).

Like the first version of the Digital Atlas of Ancient Life, version 2.0 was developed via support from the National Science Foundation and is aimed at K-12 educators, students, fossil enthusiasts and anyone with an interest in fossils.

“We’re interested in making our science more accessible to the general public,” Lieberman said. “We know people are captivated by paleontology and interested in fossils. The app links to pictures, maps and information about how long ago fossils occurred. We thought, ‘Hey, when people are out finding fossils, they’re not on their computer.’ They might be out walking, pick up a fossil and think, ‘Cool! What species is this? Where have others like this one been found?’”