Digital Privacy: Survey From Pew Research Finds Americans are “Concerned, Confused and Feeling Lack of Control Over Their Personal Information”

A majority of Americans believe their online and offline activities are being tracked and monitored by companies and the government with some regularity. It is such a common condition of modern life that roughly six-in-ten U.S. adults say they do not think it is possible to go through daily life without having data collected about them by companies or the government. 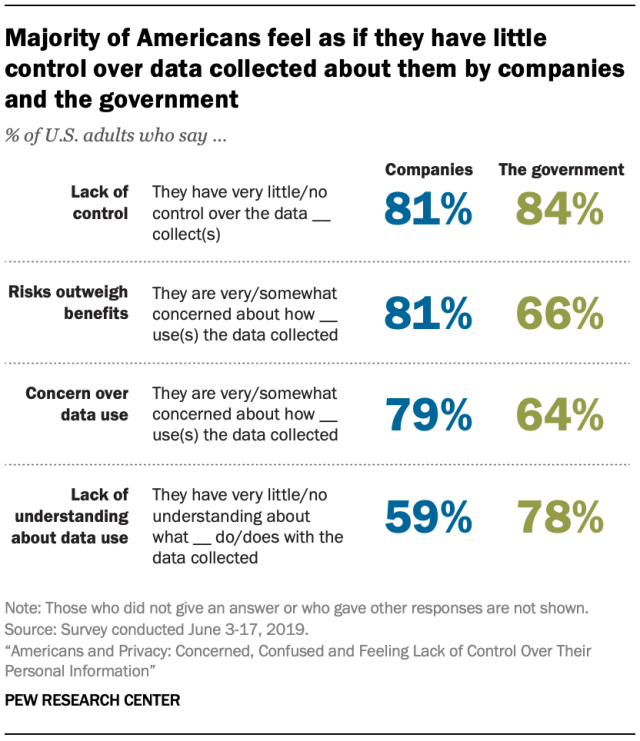 Data-driven products and services are often marketed with the potential to save users time and money or even lead to better health and well-being. Still, large shares of U.S. adults are not convinced they benefit from this system of widespread data gathering. Some 81% of the public say that the potential risks they face because of data collection by companies outweigh the benefits, and 66% say the same about government data collection. At the same time, a majority of Americans report being concerned about the way their data is being used by companies (79%) or the government (64%). Most also feel they have little or no control over how these entities use their personal information, according to a new survey of U.S. adults by Pew Research Center that explores how Americans feel about the state of privacy in the nation.

There is also a collective sentiment that data security is more elusive today than in the past. When asked whether they think their personal data is less secure, more secure or about the same as it was five years ago, 70% of adults say their personal data is less secure. Only 6% report that they believe their data is more secure today than it was in the past. 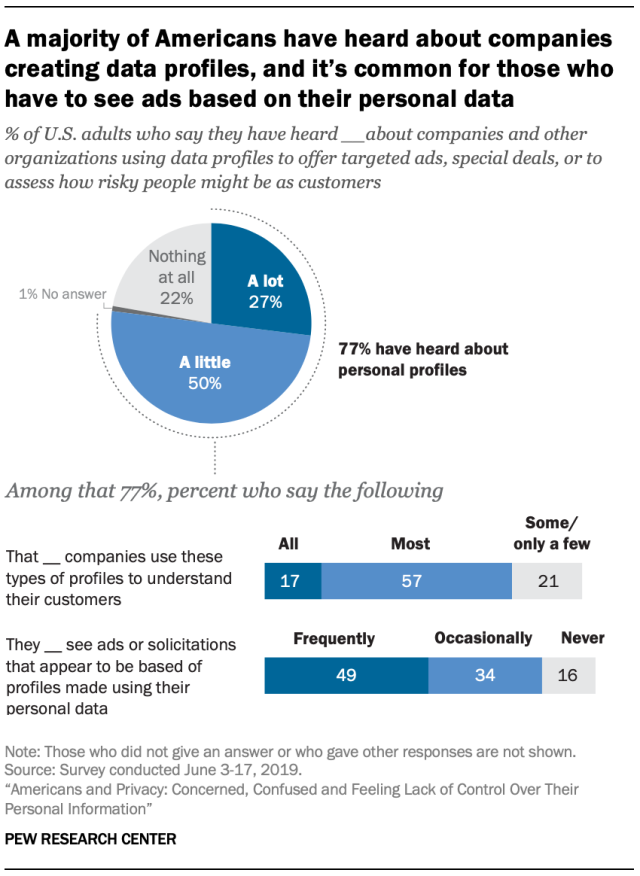