Roughly seven-in-ten U.S. adults (72%) say they have read a book in the past 12 months in any format, a figure that has remained largely unchanged since 2012, according to a Pew Research Center survey conducted Jan. 8-Feb. 7, 2019. Print books remain the most popular format for reading, with 65% of adults saying they had read a print book in the year before the survey.

And while shares of print and e-book readers are similar to those from a Center survey conducted in 2016, there has been an uptick in the share of Americans who report listening to audiobooks, from 14% to 20%. 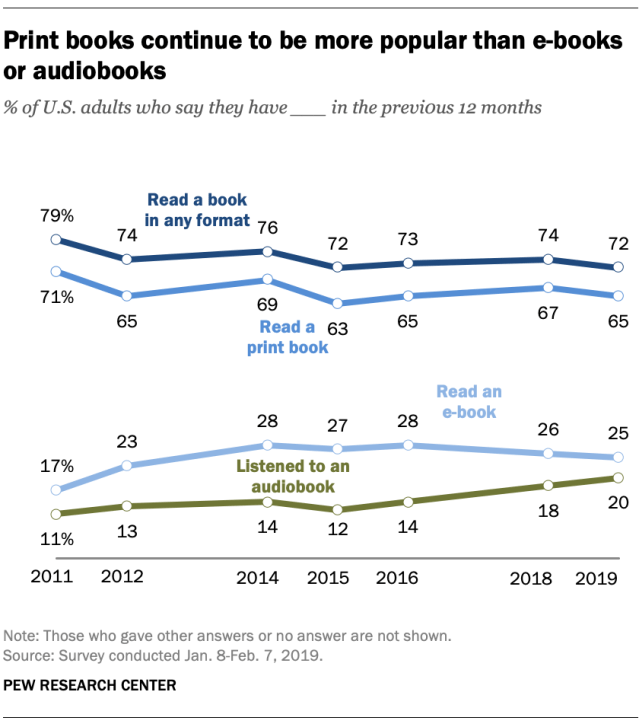 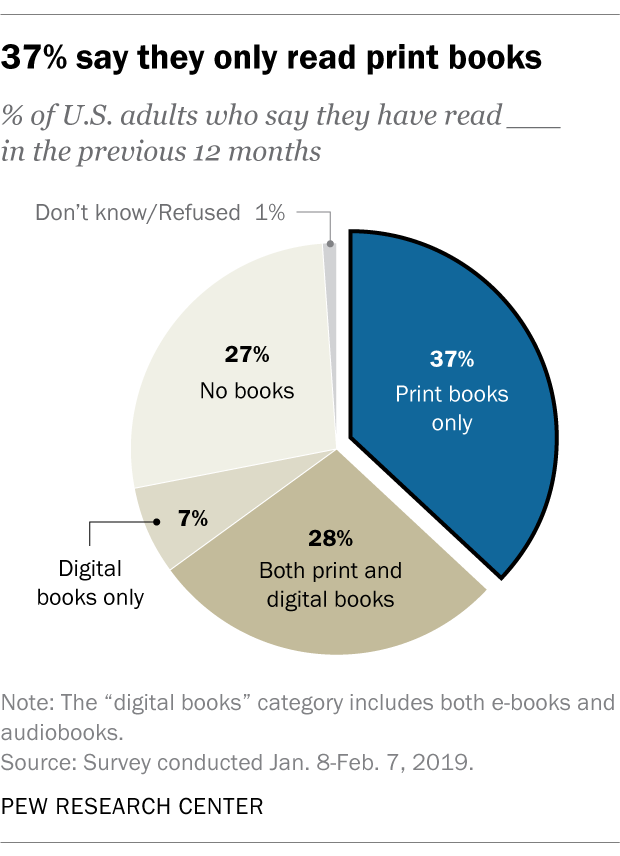 Demographic differences in book reading in 2019 are similar to the patterns seen in past Center surveys. For example, adults with a bachelor’s or advanced degree are more likely to be book readers than those who have only attended some college, high school graduates and those with less than a high school education. And adults ages 18 to 29 are more likely to read books than those 65 and older. At the same time, some groups have become more or less likely to read books in certain formats than was true in 2018.