As the share of Americans who say they own a smartphone has increased dramatically over the past decade – from 35% in 2011 to 81% in 2019 – a new Pew Research Center survey finds that the way many people choose to go online is markedly different than in previous years.

Today, 37% of U.S. adults say they mostly use a smartphone when accessing the internet.  This share has nearly doubled since 2013, when the Center last asked this question. At that point, 19% of Americans named their smartphone as their primary device for going online. 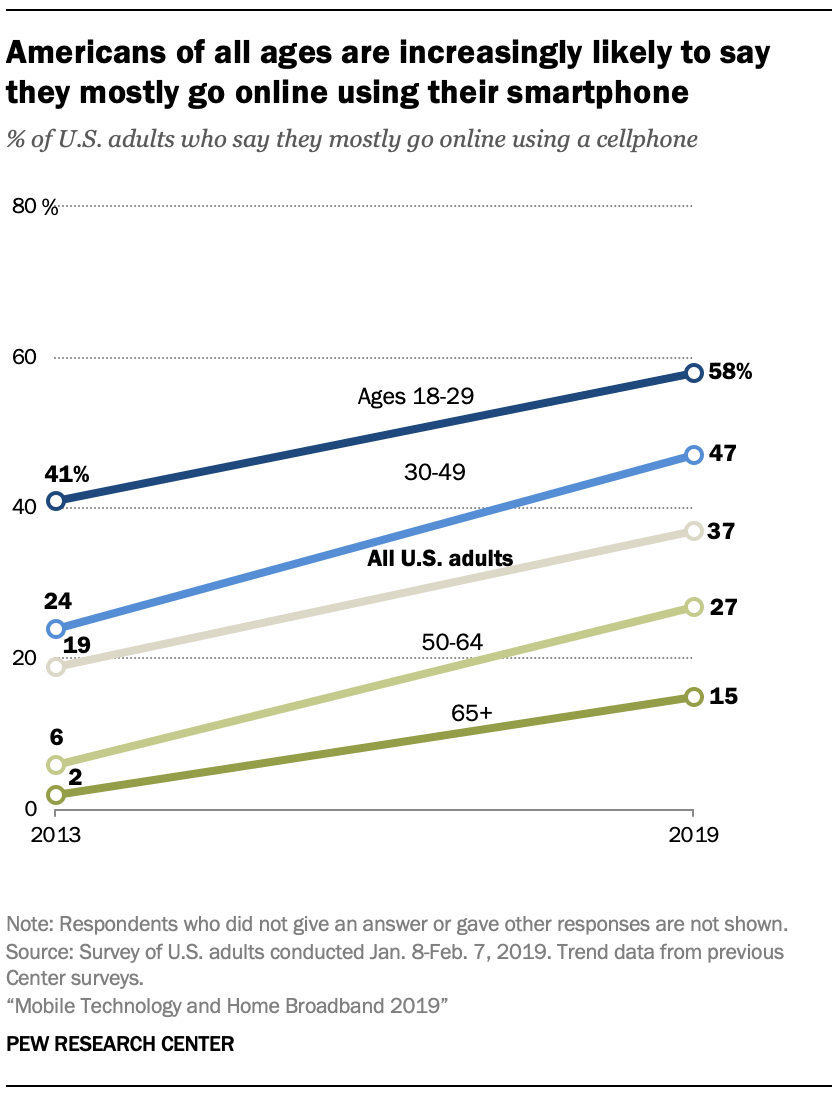 Younger adults are especially likely to reach for their phones when going online. Fully 58% of 18-to-29-year-olds say they mostly go online through a smartphone, up from 41% in 2013. Still, this growth is evident across all age groups. For example, the share of adults ages 30 to 49 who say they mostly use a smartphone to go online has nearly doubled – from 24% in 2013 to 47% today.

A majority of adults say they subscribe to home broadband, but about one-in-four (27%) do not. And growing shares of these non-adopters cite their mobile phone as a reason for not subscribing to these services.

Among non-broadband users, 45% say they do not have broadband at home because their smartphone lets them do everything they need to do online, up from 27% in 2015. At the same time, the share of non-broadband users who say their smartphone is the most important reason for not having a high-speed internet connection where they live has nearly doubled over the same time period (from 12% to 23%). And while affordability remains a commonly cited barrier, the share of non-broadband adopters who say the cost of a monthly subscription is the most important reason for not having these services has fallen from 33% in 2015 to 21% today. 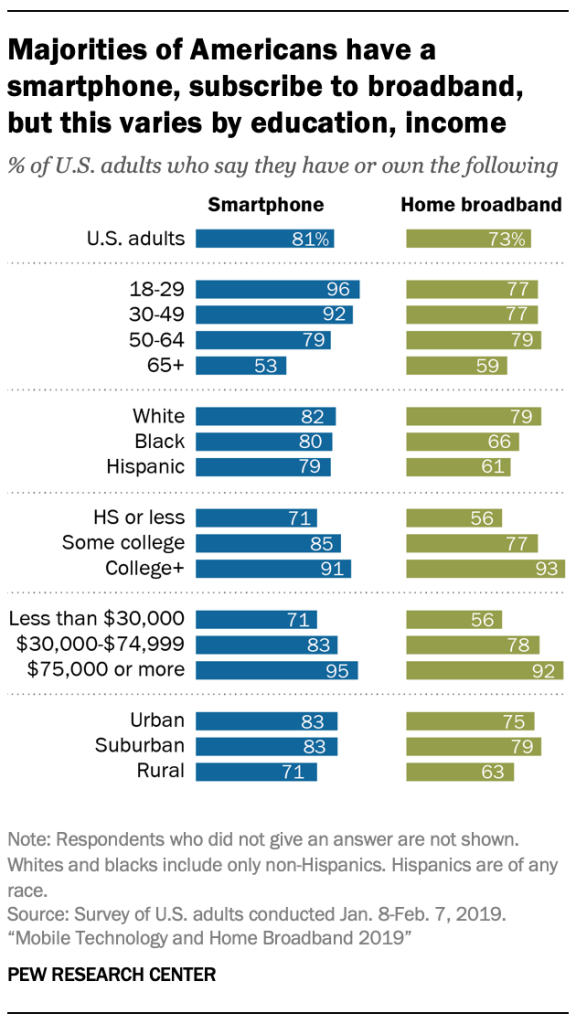 In general, smartphone reliance tends to be more common among groups who also have lower levels of broadband adoption. Some 26% of adults who have a high school education or less are smartphone only internet users. By comparison, 16% of those with some college experience and only 4% of college graduates fall into this category. Lower-income adults are also more likely than those in higher-earning households to be smartphone only internet users.

Racial and ethnic gaps are also present: One-quarter of Hispanics and a comparable share of blacks are smartphone only internet users, compared with about one-in-ten whites. 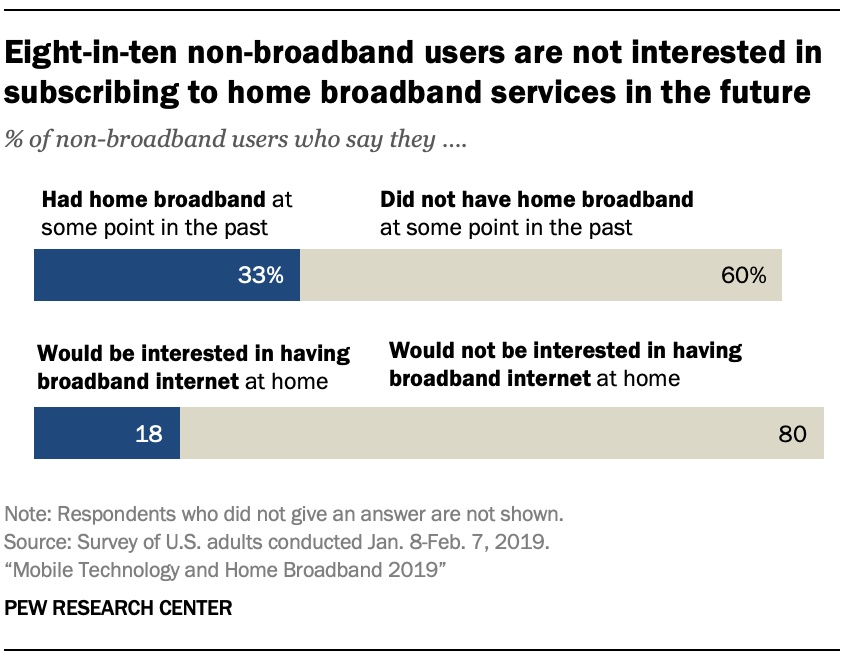 Six-in-ten non-broadband users say they have never had high-speed internet service at home in the past, while one-third indicate that they had previously subscribed to these services. And when asked if they are interested in having home broadband in the future, most non-adopters are unenthusiastic about the prospect. Fully 80% of non-broadband users say they would not be interested in having broadband at home, while 18% think this is something they would consider in the future. These sentiments are on par with those found in the Center’s 2015 survey.