A new study of the images accompanying news stories posted publicly on Facebook by prominent American news media outlets finds that men appear twice as often as women do in news images, with a majority of photos showing exclusively men.

The Pew Research Center analysis used machine vision to examine the representation of women in news images from 17 national news outlets’  Facebook posts from April 1 through June 30, 2018. Facebook is a source of news for 43% of U.S. adults, while social media as a whole has outpaced print newspapers when it comes to where people often get their news. 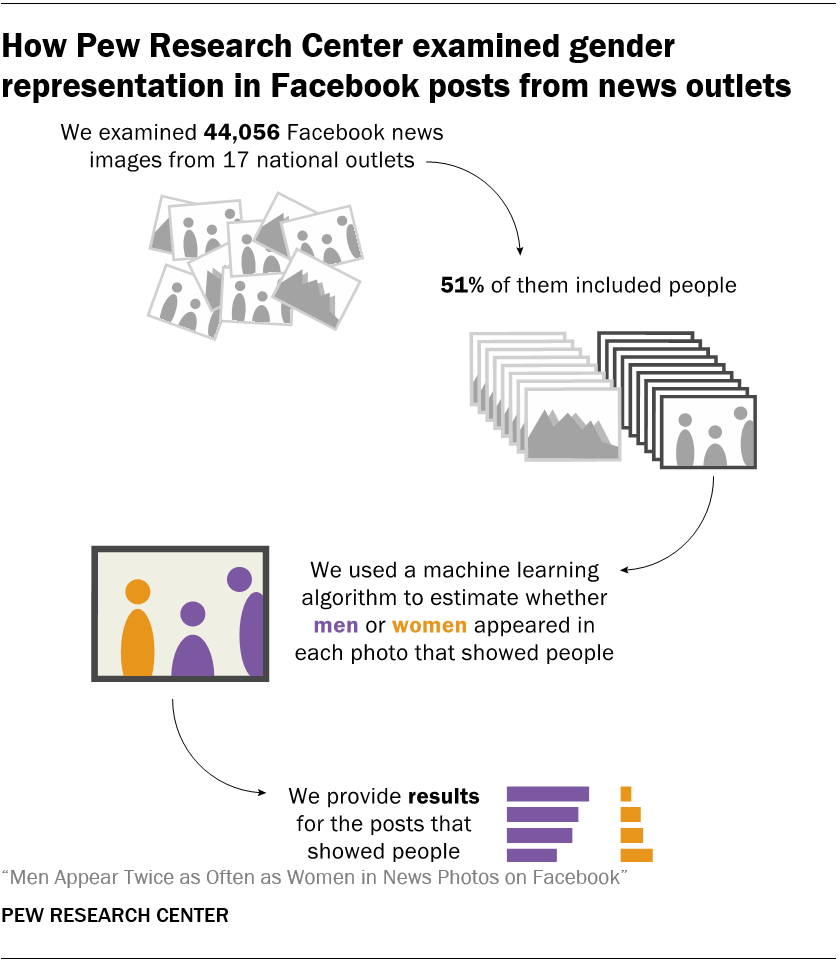 There are several ways to measure how often men and women appear in news photos. One way is to think about all the photos together as making up one big crowd of people and estimating what share are women versus men. Women made up 33% of all the 53,067 individuals identified in news post images, while men made up the other 67%.

Another way to look at the data is to examine the mix of people who appear in each image. Across the 22,342 posts with photos containing identifiable human faces, more than half of them (53%) exclusively showed men, while less than a quarter showed exclusively women (22%). The remaining images (25%) show at least one man and one woman.