The Ed Sullivan Show, broadcast in grainy black-and-white, was must-see TV for American families in the 1960s. Millions tuned in when Sullivan introduced U.S. audiences to the Beatles in February 1964.

But it was the Rolling Stones’ appearance eight months later that put Sacramento in the national spotlight.

Mick Jagger, then 21 years old, and his bandmates rocked their new single, Time is On My Side, to a studio audience of screaming teenagers before the host came out to say goodbye.

“I want to wish all of you fellows a big success tomorrow night in Sacramento, California,” Sullivan said.

Suddenly, Sacramento had cachet as a rock ‘n’ roll town, and the whole country knew it.

The Stones flew cross-country to play Sacramento’s Memorial Auditorium, then the largest venue in town, on Monday, Oct. 26.

“There was a poster from the Stones’ show, and if I had a real one, it’d be worth $6,000 or $8,000,” says Dennis Newhall, the accidental curator and chronicler of Sacramento’s rock ‘n’ roll and rock music history. “I didn’t have one, so I had a friend find all the same fonts and photo, and rebuild it.” 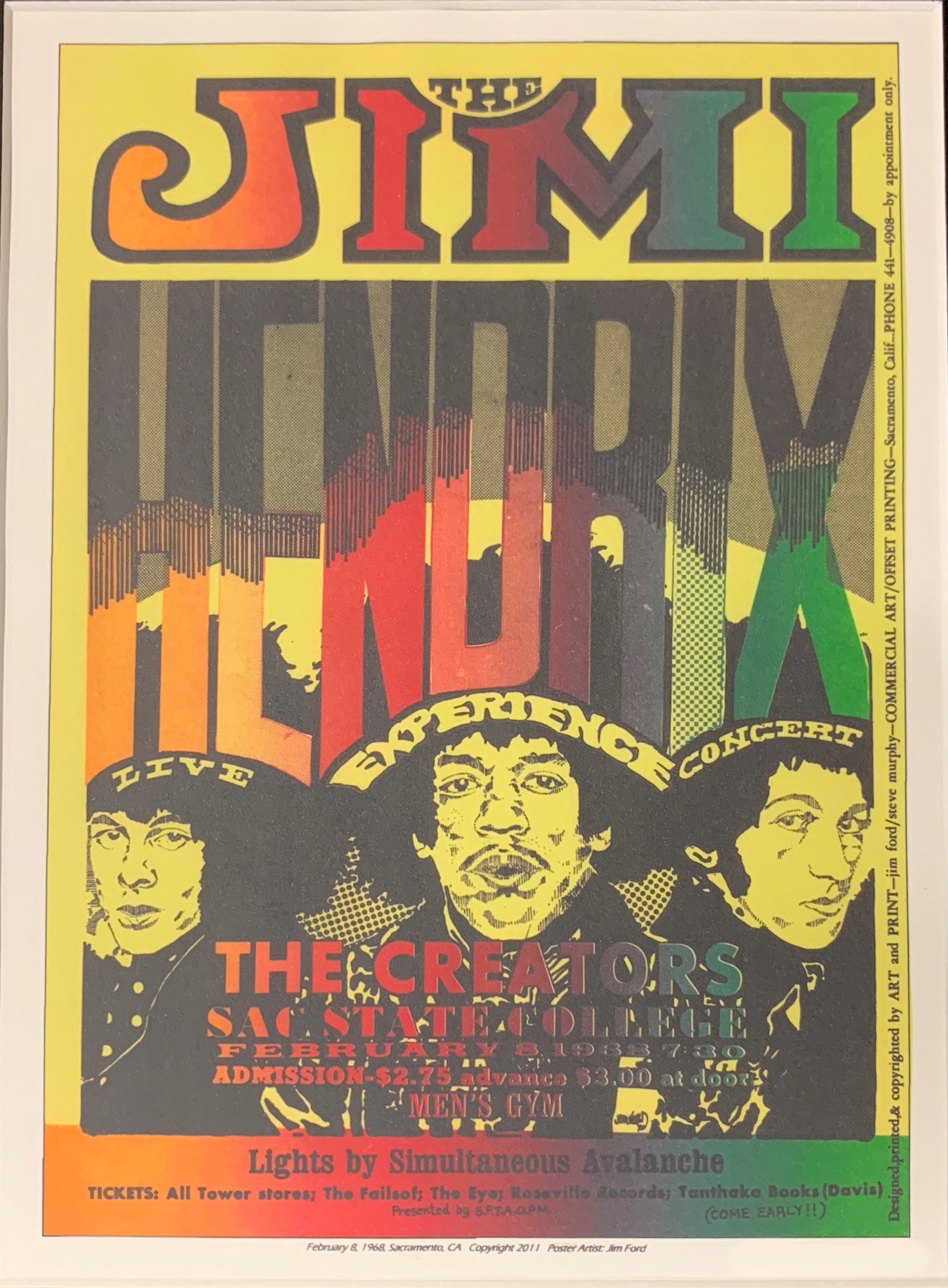 This poster announced a concert by Jimi Hendrix at Sac State in 1968. Cost? $2.75 advance, $3 at the door. (Image courtesy of Dennis Newhall)

The University’s newly acquired Sacramento Rock & Radio Collection lives in the Gerth Special Collections & University Archives, where it’s available for study and research. The collection will continue to grow with contributions from new generations of Sacramento music fans.

“There is no other collection like this on the planet, not even in Cleveland (home of the Rock & Roll Hall of Fame),” says James Fox, head of Special Collections & University Archives. “We now have a pretty comprehensive collection of rock ‘n’ roll posters for our city from the 1960s to the present. It’s a unique body of material, and it’s a fabulous moment for the University.”