From the Reuters Institute for the Study of Journalism/Digital News Report Website:

This year’s report reveals new insights about digital news consumption based on a YouGov survey of over 74,000 online news consumers in 37 countries including the US and UK.
The report focuses on the issues of trust and misinformation, new online business models, the impact of changing Facebook algorithms and the rise of new platforms and messaging apps.
Video: Report Summary/Key Facts

From the Report: Some of the Most Important Findings 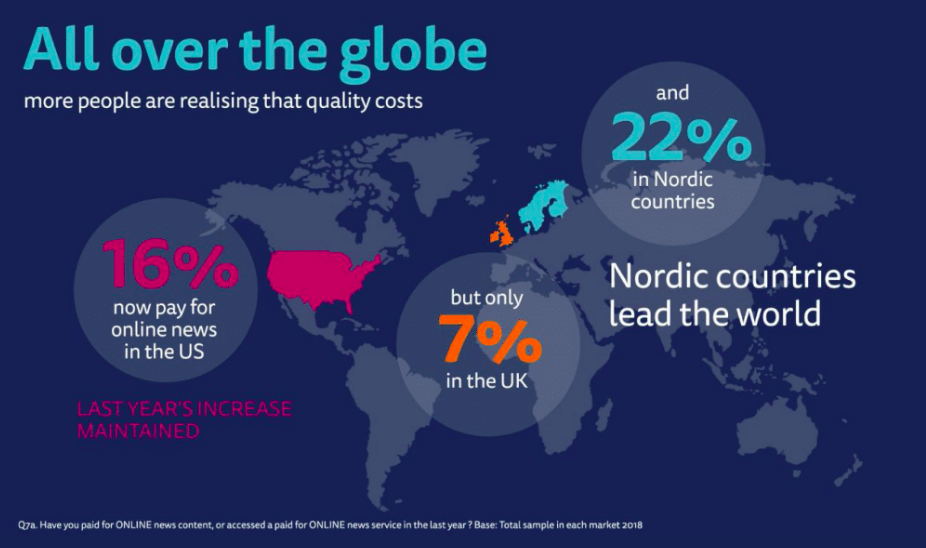 The Impact of Greater News Literacy

Which Brands do we Trust and Why?
Who Uses Alternative and Partisan Brands?
Previous Reports