From the University of Michigan: 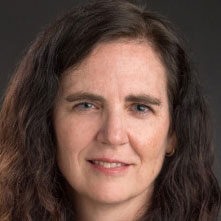 She will serve in the interim role until a new university librarian and dean of libraries is selected at the conclusion of a national search that is now being launched.

Her appointment was approved May 19 by the Board of Regents. She was recommended for the appointment by former Provost Susan M. Collins.

“Ms. Hayward’s experience working closely with the entire library administration has positioned her well to assume this interim role. I am grateful that she is willing to undertake this new responsibility during a period of transition,” Collins said.

“Donna Hayward brings important qualities — knowledge of our libraries and the broader field, experience and a collaborative style — to the interim university librarian and dean of libraries role. Her understanding of the critical services that libraries provide and her skill in aligning resources to support them are of great value as she takes on this role,” said Provost Laurie K. McCauley.

As associate dean of libraries, Hayward has led the collaborative development of a strategic framework that provides structure to the library’s efforts to better serve the university’s 21st century research, learning and teaching activities.

In recent years, she has worked to transform library spaces to better serve U-M students, faculty, staff and the community. Other recent initiatives include shoring up digital preservation efforts and developing a collection services strategy to enable informed decision-making, now and in the future.

“I’ve dedicated my professional life to the U-M libraries since arriving on campus as a graduate student more than two decades ago. I’m honored to assume this leadership responsibility on behalf of the library and the U-M community, until a new university librarian and dean of libraries joins us,” Hayward said.

Hayward began her U-M Library career in 2001 after earning a master’s degree in information from U-M. She earlier completed a bachelor’s degree in music education and business at the University of Massachusetts, Lowell.

From 2001-03, she served as an assistant librarian, from 2003-11 as information studies subject specialist and Hatcher Graduate Library reference coordinator, and from 2011-14 as the executive associate director. Between 2013 and 2014, she served in an acting capacity as the deputy director and then director of Michigan Publishing. In 2014, she was appointed associate university librarian for budget and planning, and associate dean in 2016.

As an assistant librarian motivated by a personal commitment to student success, Hayward built a strong foundation of service expertise in the areas of reference, consultation, instruction and program development. In more than 20 years at U-M, her series of leadership roles has given her the opportunity to extend her commitment to campus into other areas.

Learn More, Read the Complete Announcement From the University of Michigan