From the Hoover Institution Library: 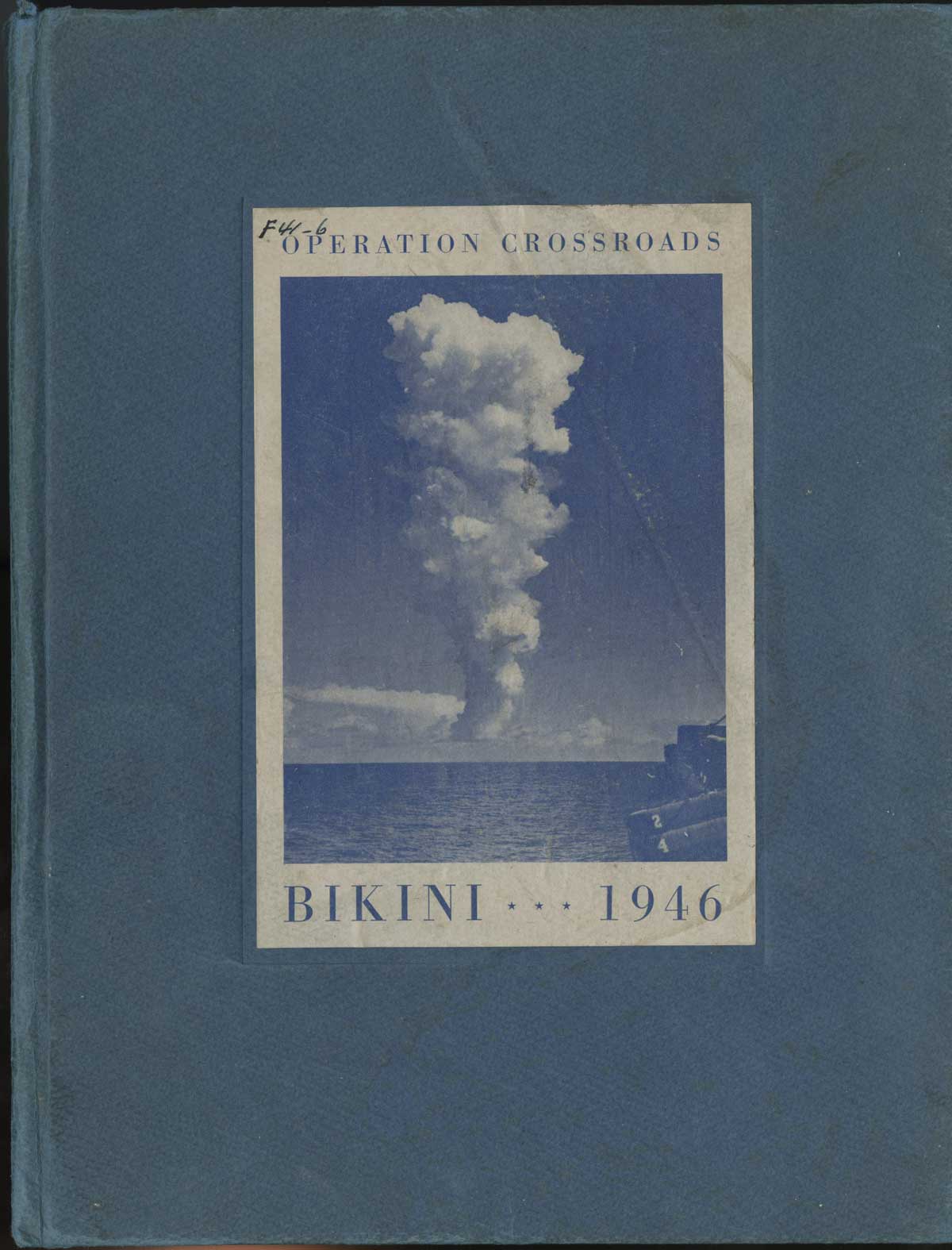 This month, the Hoover Institution Library & Archives acquired the collection of veteran Navy engineer Laurence Bershad, who was an official photographer of the Bikini Atoll atomic tests carried out by the US military in July 1946. Bershad’s archive contains an 80-page campaign album produced by Bershad’s photographic corps during the testing; 169 photographs from Bikini Atoll, including many never-before-published; press releases concerning the testing; prints of photographs of the aftermath of the atomic attacks at Hiroshima and Nagasaki; and Bershad’s personal copy, inscribed to him by the photographer Joe Rosenthal, of the photograph, “Raising the Flag in Iwo Jima” (Bershad’s copy is one of the earliest prints, printed shipboard in Guam).