New From Pew Research: “The State of Online Harassment”

Pew Research Center survey of U.S. adults in September finds that 41% of Americans have personally experienced some form of online harassment in at least one of the six key ways that were measured. And while the overall prevalence of this type of abuse is the same as it was in 2017, there is evidence that online harassment has intensified since then. 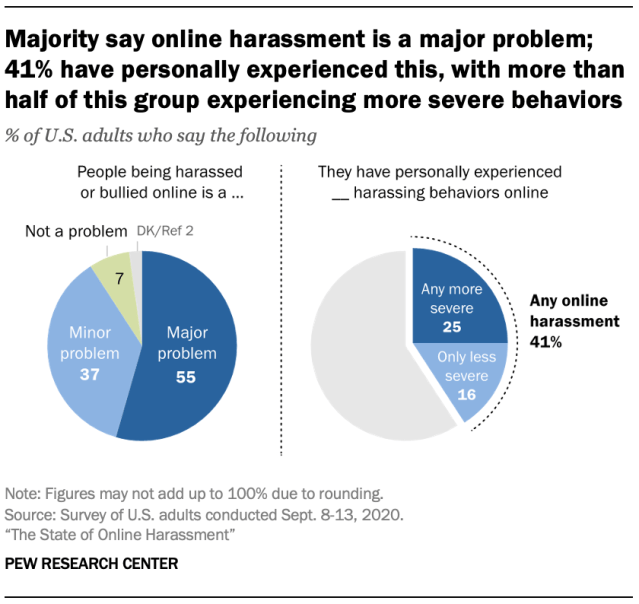 To begin with, growing shares of Americans report experiencing more severe forms of harassment, which encompasses physical threats, stalking, sexual harassment and sustained harassment. Some 15% experienced such problems in 2014 and a slightly larger share (18%) said the same in 2017. That group has risen to 25% today. Additionally, those who have been the target of online abuse are more likely today than in 2017 to report that their most recent experience involved more varied types and more severe forms of online abuse. 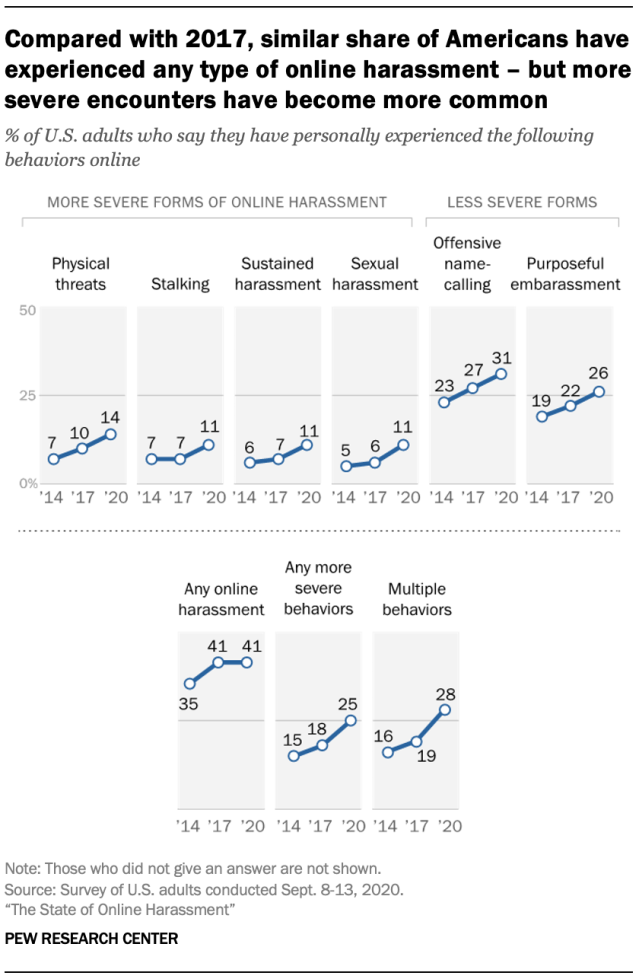 In a political environment where Americans are stressed and frustrated and antipathy has grown, online venues often serve as platforms for highly contentious or even extremely offensive political debate. And for those who have experienced online abuse, politics is cited as the top reason for why they think they were targeted.Respondents who indicate they have personally experienced any of these behaviors online are considered targets of online harassment in this report. Further, this report distinguishes between “more severe” and “less severe” forms of online harassment. Those who have only experienced name-calling or efforts to embarrass them are categorized in the “less severe” group, while those who have experienced any stalking, physical threats, sustained harassment or sexual harassment are categorized in the “more severe” group.

Indeed, 20% of Americans overall – representing half of those who have been harassed online – say they have experienced online harassment because of their political views. This is a notable increase from three years ago, when 14% of all Americans said they had been targeted for this reason. Beyond politics, more also cite their gender or their racial and ethnic background as reasons why they believe they were harassed online. 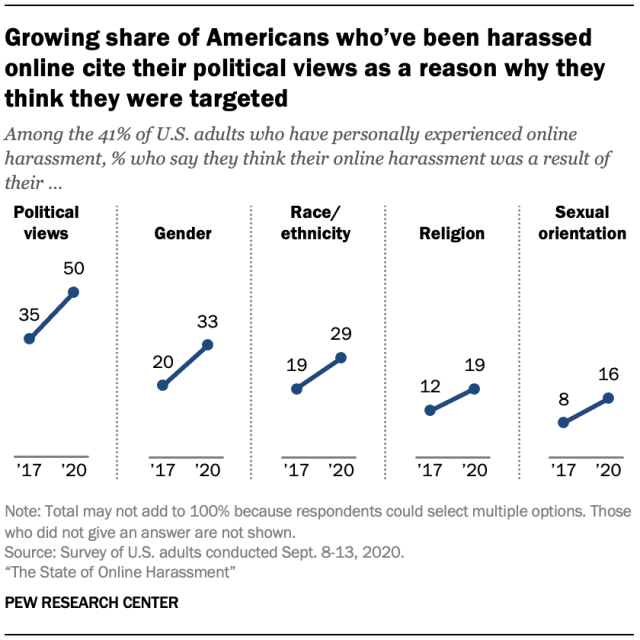 While these kinds of negative encounters may occur anywhere online, social media is by far the most common venue cited for harassment – a pattern consistent across the Center’s work over the years on this topic. The latest survey finds that 75% of targets of online abuse – equaling 31% of Americans overall – say their most recent experience was on social media. 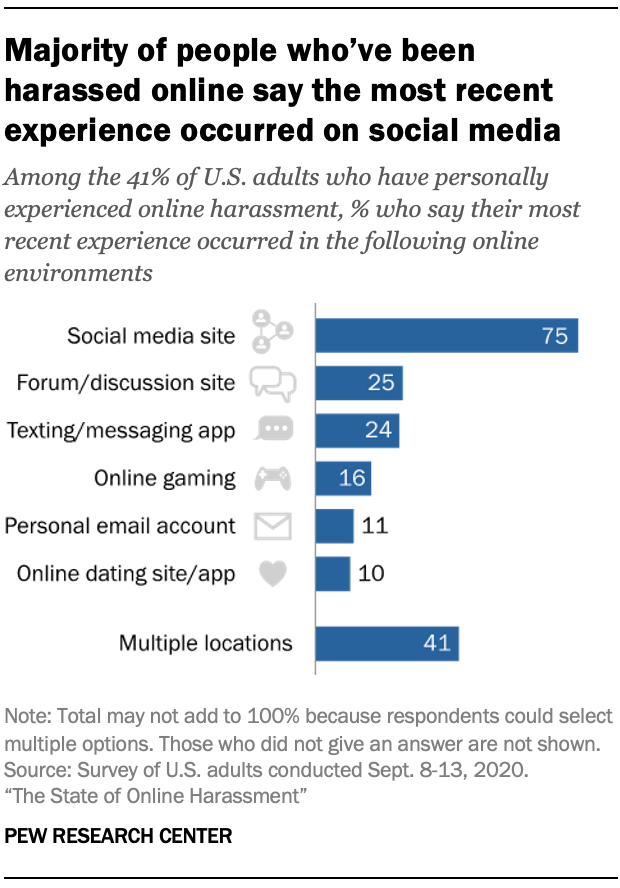 But even as social media companies receive low ratings for handling abuse on their sites, a minority of Americans back the idea of holding these platforms legally responsible for harassment that happens on their sites. Just 33% of Americans say that people who have experienced harassment or bullying on social media sites should be able to sue the platforms on which it occurred.