Report: Misinformation And Fears About its Impact are Pervasive in 11 Emerging Economies

Exposure to false or incorrect information is a key concern for people in 11 emerging economies, according to a recent Pew Research Center survey. Many social media users report being regularly exposed to misinformation when using the platforms. In most countries surveyed, more than a quarter of social media and messaging app users say they frequently encounter this sort of content, and majorities in 10 of the 11 countries say they see it at least occasionally. 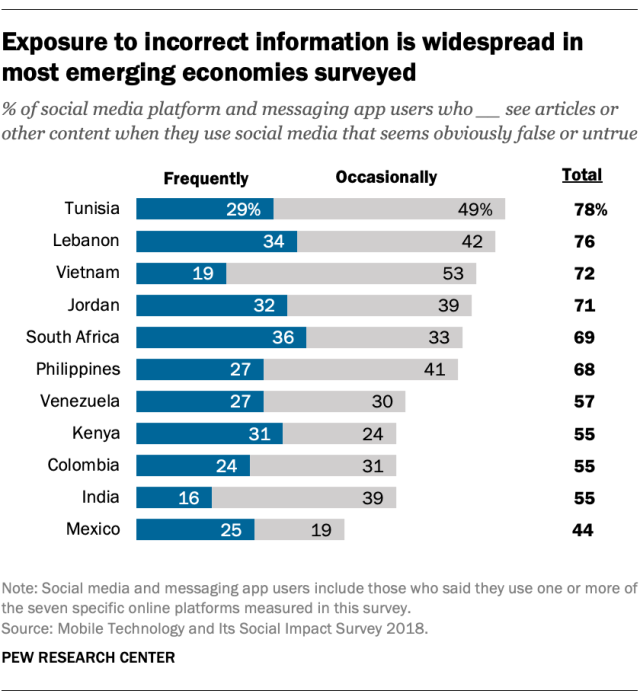 The survey results show that people who say they at least occasionally encounter content on social media that seems obviously false tend to perceive the impact that digital connectivity has on other facets of their societies more negatively. They are more likely to say that access to technology has made people easier to manipulate with false information and rumors; that social media have increased the risk that people in their country might be manipulated by domestic politicians; or that foreign powers might interfere in their country’s elections. They also are concerned that digital connectivity has made people in their country more divided in their political opinions and that the news and information they get on social media is more hateful than the content they get from other sources.