Here’s the full text of a statement posted today via the Toronto Public Library.

Lack of Availability, High Prices Stand in the Way of Open, Easy Access to eBooks and eAudiobooks for Canadian Readers at Public Libraries

Wondering why more eBooks and eAudiobooks aren’t available to borrow? So are Canadian public libraries.

Demand for eAudiobooks is skyrocketing, but major multinational publishers aren’t making a number of best-selling titles available to Canadian public libraries, including some prominent Canadian and Indigenous works. 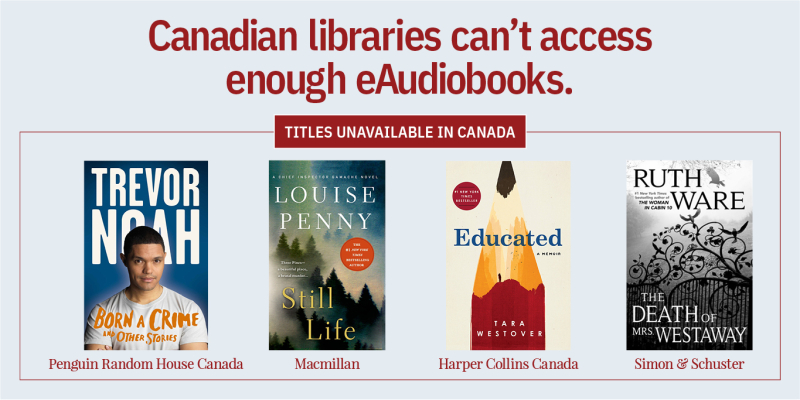 Another issue is excessively high prices and restrictive purchasing models for eAudiobooks and eBooks. Libraries lend digital copies just like physical books – on a one-to-one basis. But the prices public libraries pay for digital copies are exponentially higher. 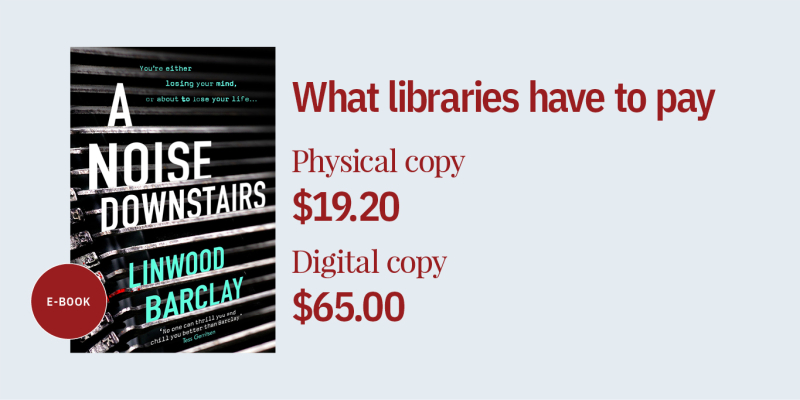 “Public libraries are crucial to a vibrant publishing industry. We introduce Canadians to new titles and authors. We have significant purchasing power. These challenges are jeopardizing our ability to provide universal access to content in all its forms, including those who may not be able to visit a library branch or read print materials due to illness or disability,” said Vickery Bowles, City Librarian, Toronto Public Library. “We know Canadians love their libraries and care deeply about these issues, and are asking everyone to help us get this message across to major multinational publishers.” 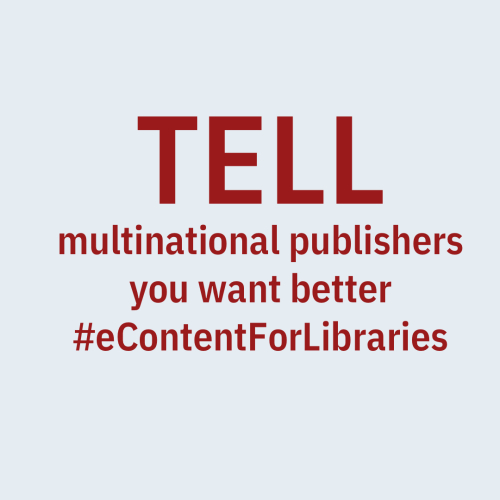