About two-thirds of American adults (68%) say they at least occasionally get news on social media, about the same share as at this time in 2017, according to a new Pew Research Center survey. Many of these consumers, however, are skeptical of the information they see there: A majority (57%) say they expect the news they see on social media to be largely inaccurate. Still, most social media news consumers say getting news this way has made little difference in their understanding of current events, and more say it has helped than confused them (36% compared with 15%). 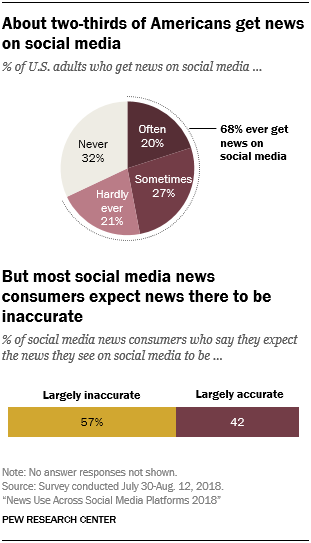 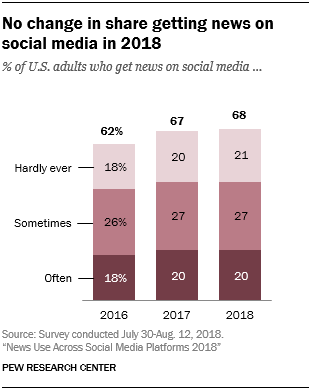 [Clip]
Facebook is still far and away the site Americans most commonly use for news, with little change since 2017. About four-in-ten Americans (43%) get news on Facebook. The next most commonly used site for news is YouTube, with 21% getting news there, followed by Twitter at 12%. Smaller portions of Americans (8% or fewer) get news from other social networks like Instagram, LinkedIn or Snapchat.
[Clip]
Concerns about the inaccuracies in news on social media are prevalent even among those who say they prefer to get their news there – among this group, 42% say that they expect the news they see to largely be inaccurate. Still, those social media news consumers who prefer other platforms such as print or television for news are even more likely to say they expect the news on social media to be largely inaccurate. 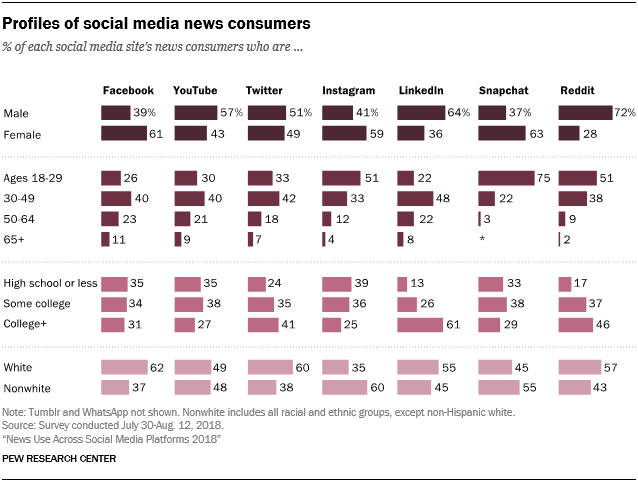