The 54,070 research doctorate degrees awarded by U.S. institutions in 2014 represent the highest total ever recorded in the 58-year history of the Survey of Earned Doctorates, (SED) an annual census of research degree recipients. 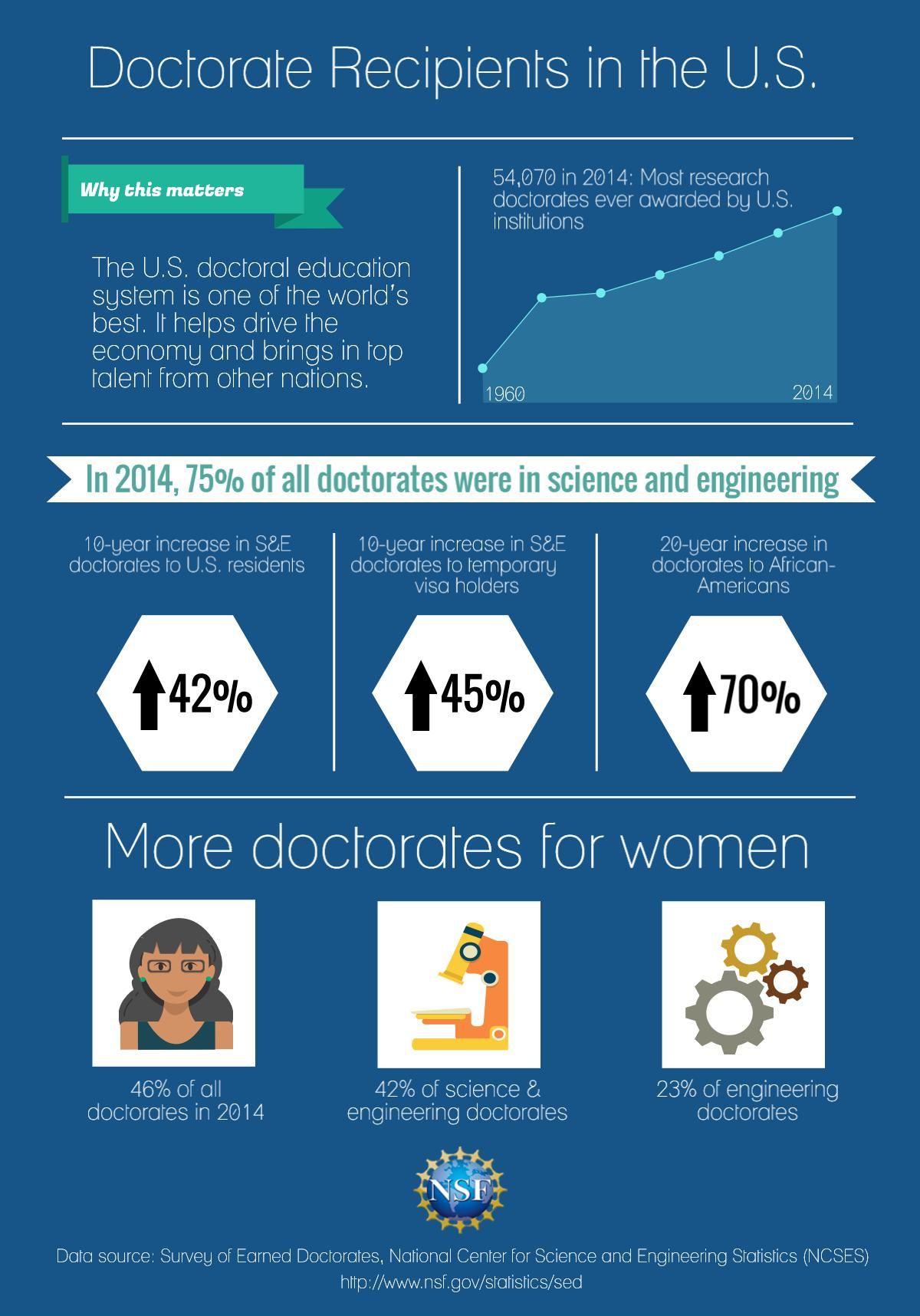 Direct to Full Text Report and Dataset
—-
The following report and dataset were released by the National Science Foundation earlier today.
From NSF: This report summarizes trends in U.S. doctoral education by using data from the Survey of Earned Doctorates, an annual census of research doctorate recipients from U.S. universities. Important trends in this population are highlighted in this report-including the representation of women, minorities, and foreign nationals; emergence of new fields of study; time to complete doctoral degree; and employment opportunities after graduation.
A total of 70 data tables accompany the report.