Despite recent security issues, social unrest, and concern about the region’s economic outlook, European cities continue to offer some of the worlds’ highest quality-of-living, according to Mercer’s 18th annual Quality of Living survey. Safety, in particular, is a key factor for multinationals to consider when sending expatriate workers abroad, both because it raises concerns about the expat’s personal safety and because it has a significant impact on the cost of global compensation programmes.
[Clip]
Vienna continues its reign in the top spot for overall quality of living, followed by Zurich (2), Auckland (3), and Munich (4).Vancouver (5) is North America’s highest ranking city, and Singapore is the highest ranking Asian city, holding 26th place. Mercer’s survey also identifies the personal safety ranking for the full list of cities; it is based on internal stability, crime figures, performance of local law enforcement, and the home country’s relationship with other countries. Luxembourg tops the personal safety list and is followed by Bern, Helsinki, and Zurich – all tied in 2nd place. Baghdad (230) and Damascus (229) are the world’s least safe cities according to the ranking. The safest UK cities are Aberdeen, Edinburgh, and Glasgow – all ranked in 44th place. 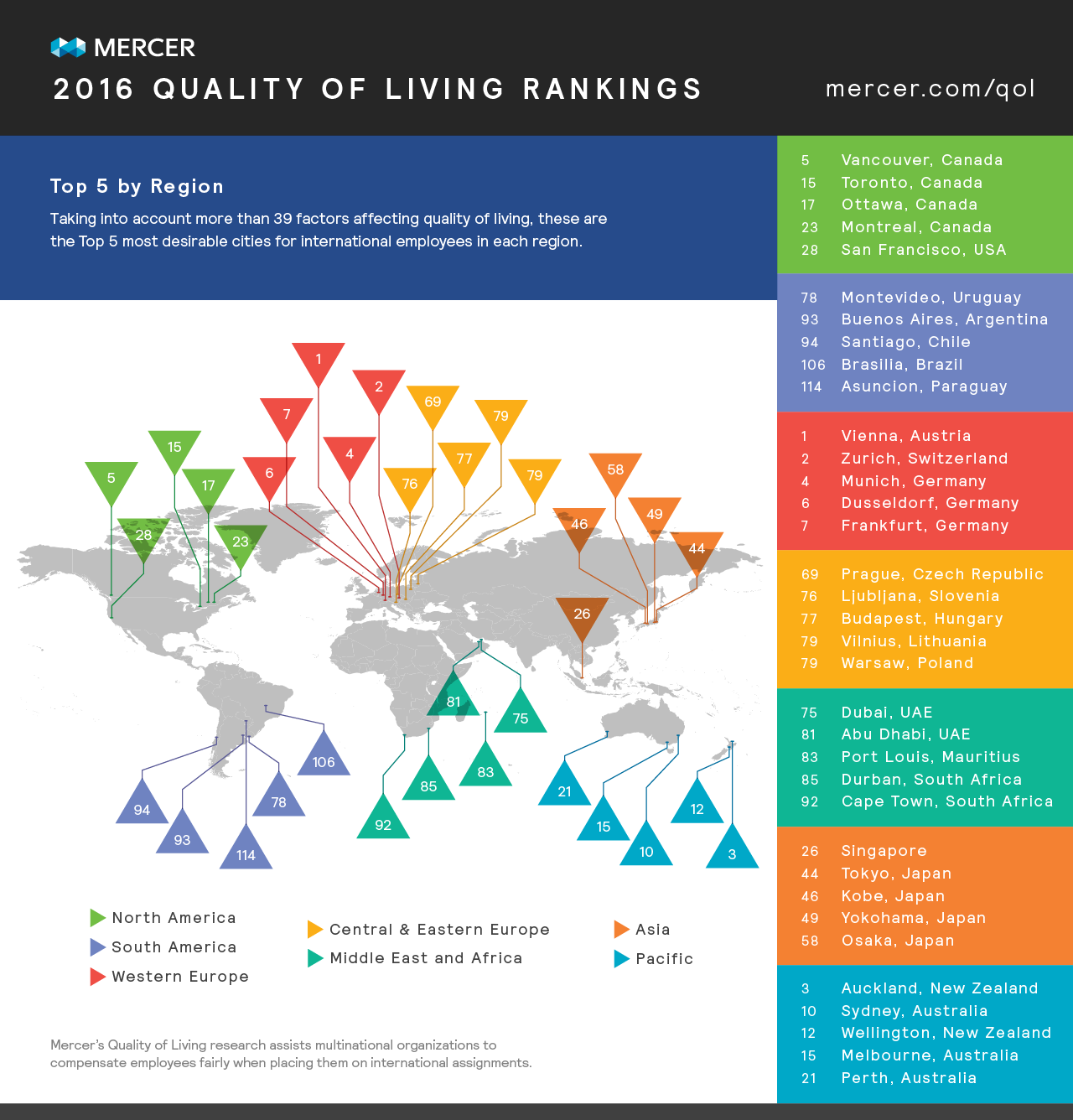