Approximately 52.2 million (or 21.3 percent) people in the U.S. participated in major means-tested government assistance programs each month in 2012, according to a U.S. Census Bureau report released today.

The average monthly participation rate in major means-tested programs increased from 18.6 percent in 2009 to 20.9 percent in 2011.

However, from 2011 to 2012, there was no statistically significant change in the percentage of people who participated. From 2009 to 2012, the average monthly participation rates for Medicaid, Supplemental Security Income and SNAP increased, while the rate decreased for Temporary Assistance for Needy Families/General Assistance.

The largest share of participants (43.0 percent) in any of the public assistance programs stayed in the programs between 37 and 48 months. Additionally, 31.2 percent of people participated between one and 12 months between January 2009 and December 2012.

The report, Dynamics of Economic Well-Being: Participation in Government Programs 2009–2012: Who Gets Assistance?, follows a sample of U.S. residents through the Survey of Income and Program Participation. Statistics are presented for the major means-tested programs by various demographic and socio-economic characteristics, and statistical comparisons are made to data collected from 2009 to 2012. A means test is a determination of whether an individual or family is eligible for government assistance, based on whether the individual or family has income and/or assets that fall below specified thresholds.

How Long Did People Participate in Programs? 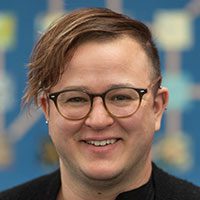